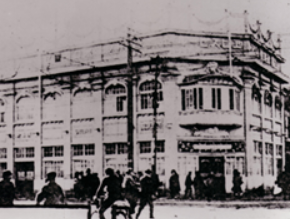 The first bar of famous chain of bars «Ginza Lion», was opened over 100 years ago.

The oldest brewery in Japan

The first bar of the chain was opened on August 10, 1911 on Ginza, the main street of Tokyo.

The history of its foundation is associated with a famous Japanese restaurateur m-r. Kitamura Ueda. When his friends, artists, returned from Europe, they told him about French café and bars, where intellectuals used to spend their time.

He was so impressed by their stories of magnificent atmosphere of European restaurants, and unforgettable taste of dishes. Soon, he opens the first European cuisine café «Lion», right on the main street of Tokyo.

Pretty soon, the «Lion» café becomes well-known, and in 1931 a little-known brewery company, named “Sapporo”, takes notice of it. In order to promote its products, the company purchases the famous café and adds its own-produced beer to the menu; at the same time, the original European cuisine menu remains. An excellent combination of fresh beer and European food brings more popularity to the café and contributes to «Sapporo» company promotion. This is a starting point for establishment of «Ginza Lion» chain of beer bars, which offered a vast assortment of beer and European cuisine dishes.

«Ginza Lion» bar display window has become a landmark of Tokyo’s main street decades ago, catching attention of citizens and numerous tourists. A magnificent granite façade is decorated with a bright display window, filled with models of food and drinks, which look exactly like real dishes from the bar. A vast assortment of European dishes, as well as variety of beer by «Sapporo» company, tempt visitors to come in and have a “delicious” time. 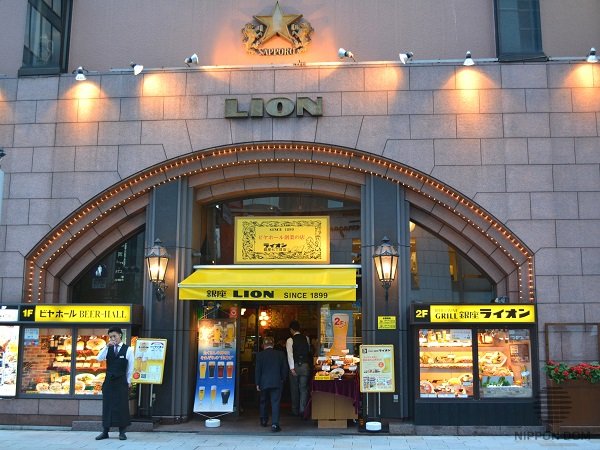 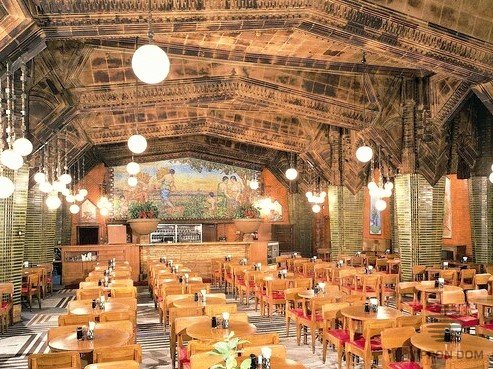 The interior of a huge lounge remained a style of the first beer house in Japan, with its history and traditions. 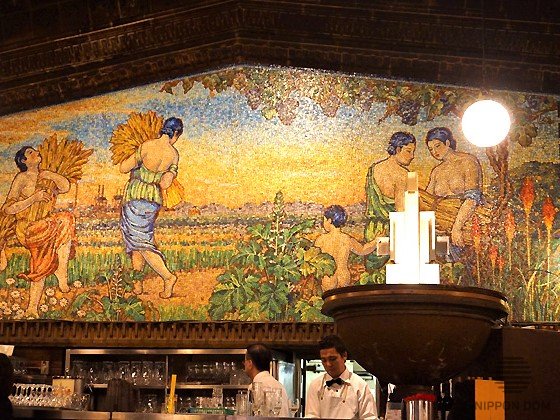 The first fresco in Japan, made of glass mosaics, is the main decoration of the bar.

A century-long story of success.

International popularity contributed to constant development of «Ginza Lion» chain of bars, which keeps establishing new bars not only in different districts of Tokyo, but in the other cities of Japan too. 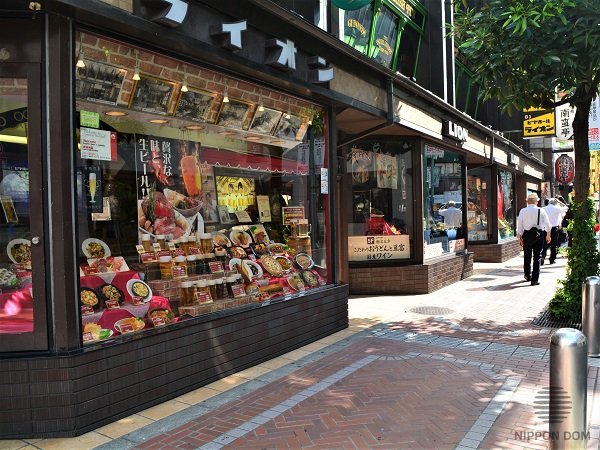 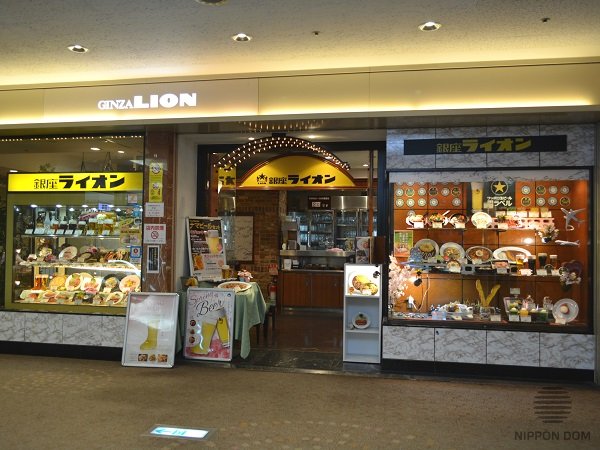 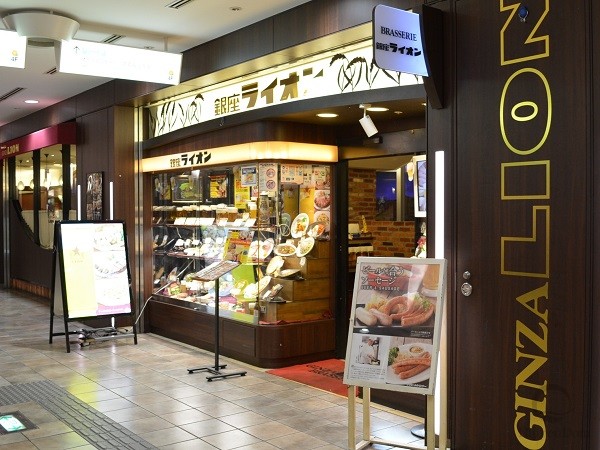 «Ginza Lion» bar in Shibuya ward – a popular place among young people – is a perfect bar to chat and have a delicious meal. 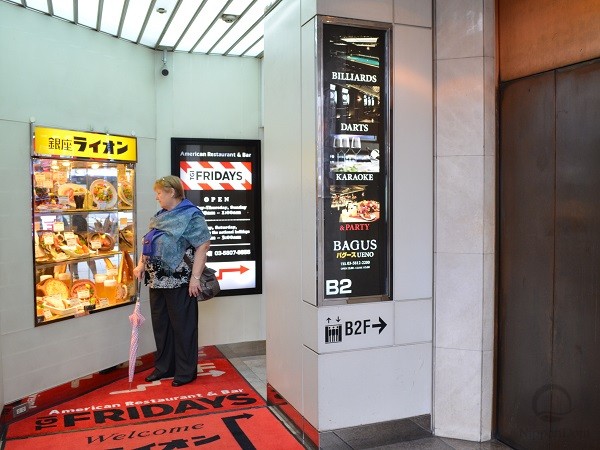 You can also find a small display window of “Ginza Lion” bar in narrow streets of an old Tokyo district, called Ueno.

Why food and drinks models are displayed in «Ginza Lion» bar display windows.

And a lot more of other advantages, which, as a whole, increase bar income to 300% per month. 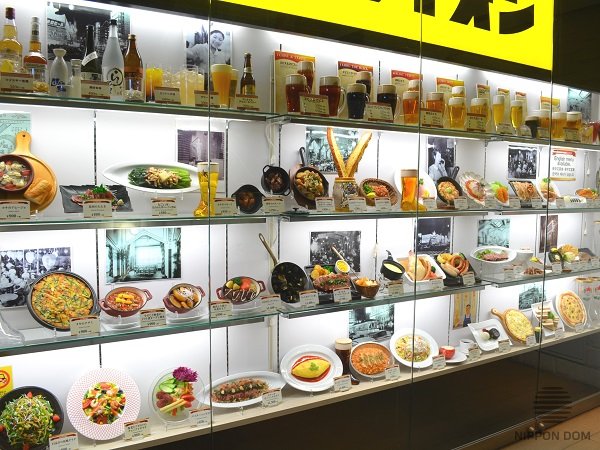 A bar display window, decorated with food and drinks models, increases number of new visitors to +40% on weekdays and to +60% at weekends. 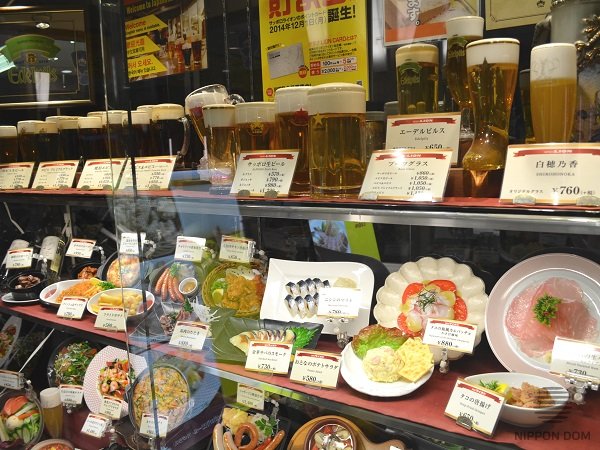 Visitors are able to see price of food and drinks, as well as their composition and size of a portion in advance. It contributes to customers’ loyalty and ensures your visitors coming back again. 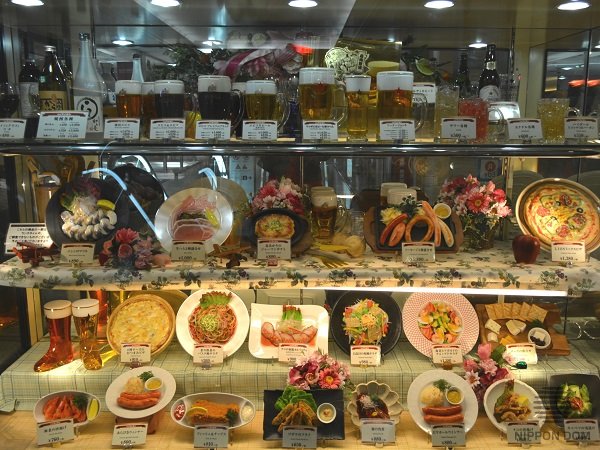 Your visitors make their choice by the display window, before they enter the bar. It reduces time of service provision to customers, and increases attendance of one spot during a day.

It’s been for decades already, that bar advertisement by means of display windows remains a business card of the bar.

«Ginza Lion» bars popularity contributed to the fact, that Sapporo beer became one of the most popular drinks among adults in Japan.

In order to promote its product to the international market, “Sapporo” company plans to open «Ginza Lion» beer bars in other countries. First of them was opened in Singapore in January 2013.